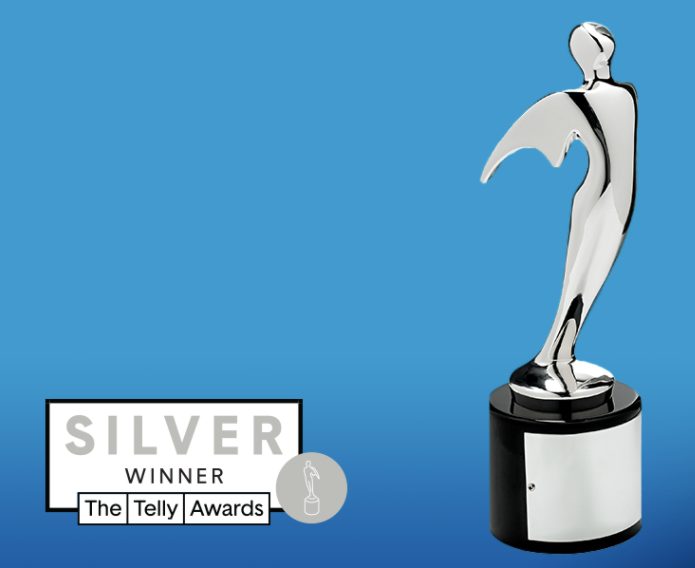 Released in January 2020, the documentary highlights the remarkable career of Mr. Ralph Acampora, CMT, veteran technical analyst and founder of the CMT Association. In it, Mr. Acampora showcases an unusual yet distinctive feature of his personal property – a full-size barn on which he has hand painted the complete history of the Dow Jones Industrial Average. Mr. Acampora engages in a substantive discussion of market history with StockCharts Chief Market Strategist David Keller, CMT as the two strategists tour and review the outside of the barn.

Filmed in late 2019, "50 Years On Wall Street" was produced and edited by StockCharts TV's Gretchen Pitluk, with graphic designs provided by Aaron Seltzer. The film was entered for awards in the “Non-Broadcast General” grouping, competing against productions from CBS Interactive, Sony Music Entertainment and many others. It won awards in the following categories:

"It's so fulfilling to see Gretchen and the entire StockCharts TV team recognized for their hard work and dedication to educating, entertaining and inspiring active investors," Mr. Keller said. "We're bullish on StockCharts TV and excited to produce even more compelling content in the years to come."

"The whole process of telling Ralph's story was a rewarding experience in itself," Ms. Pitluk said. "The fact we were recognized in the film/tv industry for this piece shows just how much StockCharts TV is growing. We're striving to deliver exceptional content and high production quality in all our programming"

"50 Years On Wall Street" is the first of several documentary projects produced for StockCharts TV. In April 2020, the company released its second major project entitled "The Big Board: Behind The Scenes At The NYSE". A two-part feature, the production followed David Keller, CMT, and StockCharts Vice President of Operations, Grayson Roze, as the two received a behind the scenes tour of the historic NYSE trading floor from Jay Woods, CMT, Executive Floor Governor and designated market maker with IMC.

"50 Years On Wall Street", as well as "The Big Board: Behind The Scenes At The NYSE", are now available to view on the StockCharts YouTube channel at YouTube.com/stockchartscom.